10 things you notice after coming home from abroad 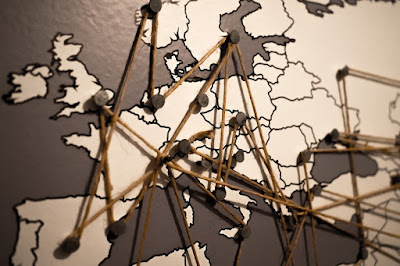 As I write this blog post, it is two months to the day since I returned to Ireland from my year in Germany. With that in mind, I decided to put a list together of what emotions, feelings, and realizations have hit me over that time. I wanted to write this piece about two weeks before starting University again, but at the time I found my mind was still abroad and it was too early to write such a blog post in a manner that would reflect reality.

1) Your Body and Mind Will Feel Out Of Sink

When leaving your newly adopted home, you say many goodbyes followed by many hellos. You pack your things up and then unpack again while dealing with annoying and over-crowded airports in between. All of these actions would suggest that you are home for good, but it simply takes your brain time to fully understand that you’re not going back. Even if it is just that one percent of you that is not willing to accept the fact yet.

2) Your Heart Won't Break But It Will Be Divided

Before moving to Germany, I had never lived out of Cork. I was very used to the fact that 90% of the people I hold close to me lived within 30 minutes of me. So even moving abroad and suddenly having more relationships in a different place to where you are at the moment is a dramatic change of events. If you do live in a foreign country, it is likely you will find others in the same position as you. Because of this when you and all your new friends go home, you will suddenly have connections in many cities and countries. While this does take some getting used to, it is wonderfully exciting.


3) You Will Be a Bit Bored Hearing Only One Language


When abroad, one of the first challenges you will likely have to face is a new language or at least an additional dialect. At times this can be very frustrating. I remember one evening in particular after a Spanish exam. It finished at 8pm and I had been in classes since 9am. Naturally, I was very tired and realistically just wanted to go home to bed. But on the journey, I was joined by four German classmates, and obviously, we were speaking German. Speaking to four native speakers at once and feeling like you are contributing to a conversation to a high standard can be difficult in your best moments. I remember just standing there thinking  “please don’t ask me anything, I’m too tired to understand a word you're saying right now” Despite such moments I enjoyed speaking and hearing German and even languages I did not understand at all. You do miss that when you come home. 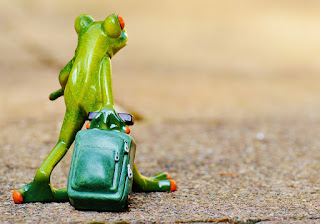 When you return home for the first time after an extended period, it does feel like the home you knew is gone. Maybe a few friends have moved elsewhere, a few others are now in relationships, or perhaps you have a new neighbor. At first, there is a little sense of panic, which you have missed out on so much and a feeling that you will never catch with everything. But after a couple of weeks without realizing it, you will have seen many of your friends at home and have gotten used to being at home again. All the panic for nothing.

Facebook is a massive factor in this. With facebook memories popping up on our screens now, its hard not to get a little nostalgic at times. Only yesterday I was reminded of the fact, that, time last year I was having the time of my life in Copenhagen. While this year, just like two years ago and so on, I was at home studying. Or in Cork at the very least. The point is a year abroad pushes you out of your routine that you build at home around your friends and family. I already find myself asking myself, “did I really see all those places?” It’s very surreal.

Admittedly, this is something I had not thought of myself until another friend who went away for the year said it was what she was feeling. In most parts of many peoples lives, and especially when you are younger, you’re always moving onto something new and grander. For example, you leave school to go to university. You stop using the bus to get a car. Your relationships get more grown up and so one. Most of the time if you look at where you were a year ago and where you are now, we all grow up little by little.

So moving back to Ireland, back to the same university, only speaking one language, and maybe most decisively moving back home all felt like I was going backwards in life. Sometimes as people we can stagnate or move forward at a snail's pace which can be frustrating. But having so much evidence pointing towards the fact you have gone backwards is doubly disappointing. With a year abroad you grow a lot and at least for myself the person I was in Germany and the one I am in Ireland are different. As I write this I am making a conscious effort to be the more friendly and fun person I was in Germany and not the stress ball that left Ireland in September 2016. 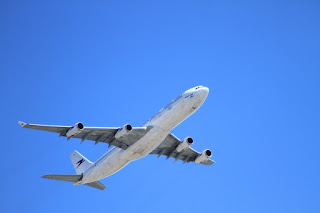 In a previous post, I wrote about “convenience friends” and how we are all littered with them in our lives. A convenience friend is somebody who is only our “friend” because we see them every day. One of the greatest and liberating things about living away from home for a year was finding who cared that I was gone. That time destroyed a lot of the grey and made it obvious who was there for and who wasn't. I have fewer friends in Ireland now but I know I can rely on all of them and that is a fantastic feeling. I understand people are busy, but when somebody texts to see how are getting on now and then, message you on your birthday or make the time to skype you, it makes such a difference. It’s the little things that matter the most. So right now I’m experiencing that same thing with Erasmus/exchange people, and it’s fantastic. Sometimes it can be overwhelming trying to keep in touch with everybody, but as they say, actions speak louder than words and the process of keeping in touch with who really matters to you gets simpler with time.

8) The Travel Bug is Here to Stay

Once I got home from Germany I was happy to be home. For the first few weeks or maybe only days the idea of going on a big adventure again was not in any way appealing. But over the last two months that feeling has evaporated. The travel bug has bitten again and I am more than ready for my next adventure and to start exploring an increasing small world yet again.

9) Social Media Is so much more interesting Than Before

After doing an exchange year, as already mentioned everybody you tend to meet goes back to their home countries. This fact makes your social media feed so much enjoyable. One moment you are watching independence rallies in Barcelona, a second later a stunning landscape in France and a minute after that a stunning cityscape of Chicago. Having so many people you know personally on your Facebook feed living all the world works as a free guide to the world. If you were not addicted to facebook before, you probably are now.

10) You See everything In a Different Way

I’ve written a lot in the text about change. You do change a lot, and because of that even the people and places that are most familiar to you can feel different. On top of this, you feel different about yourself. Over the time what is important to you will change, your ambitions will change, and how you act will change. Every thought is different. It is often said, that travel is the best teacher because you don’t learn about the world you experience it. Each experience in life shapes us differently, but with travel, those changes are quicker. As cheesy as it sounds you come to a citizen of the world and not just your home country. You won’t entirely fit in at home anymore. In fact, you won’t entirely fit in anywhere. And guess what, that’s okay.

Thanks so much for reading.


While you're here check out some other things I do. 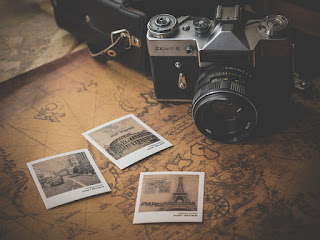 Exchange Students: Get the Most Out Of Your Year Abroad

1.    Sort out the essentials before arriving. This may not sound like the most exciting advice in the world, but that makes our first pi...